Brett Young rose to fame after his sophomore album “Ticket to LA” hit the number one spot on the Billboard Country Albums Chart in 2018. He has 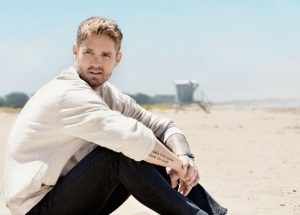 been nominated for multiple awards across the music industry, including winning the 2018 Academy of Country Music Awards’ New Male Vocalist of the Year. Young’s music has touched the hearts of millions, with hit singles such as “Sleep Without You”, “Like I Loved You” and “Mercy”. Bringing his talents to sunny South Florida, Young will be the latest artist to take over the Gridiron stage.

“We’re so thrilled about our new partnership with Live Nation, which is taking this year’s event to an incredible new level,” said John Offerdahl, festival founder and former Miami Dolphins All-Pro Linebacker. “We’re grateful to Seminole Hard Rock & Casino and The Greater Fort Lauderdale CVB’s Underground Music for amplifying our tenth annual festival and celebrating this milestone with Brett Young onboard.”

South Florida’s highly anticipated high-end culinary event returns with delicious offerings from the region’s top culinary talent, along with a variety of specialty cocktails, fine wine and craft beer. Twenty-two of the best of the best chefs will be paired up with 22 NFL legends including O.J. McDuffie, Zach Thomas, Mercury Morris, Jim Kiick, Channing Crowder, and the Marks Brothers (Mark Duper & Mark Clayton). Event attendees can also get in on the action themselves at the Toyota Cornhole Stadium, competing or cheering on their favorites as they attempt to beat John Offerdahl’s score in the Celebrity Cornhole Challenge.

All net proceeds from the Walgreens Gridiron Grill-Off Food, Wine & Music Festival will benefit the Offerdahl’s Hand-Off Foundation’s mission to “Feed the Needs of Those in Crisis” through direct donation to the Offerdahl’s Hand-Off Foundation Scholarship Fund at Broward College and to Taste of the NFL’s Kick Hunger Challenge, a national initiative which matches donations by the Gridiron Grill-Off to support Feeding South Florida, a hunger relief organization that serves 25 percent of Florida’s food insecure population.

Doors to the concert will open at 5:30 p.m., following closing remarks at the Grand Grill-Off on Saturday, November 9. The concert will begin at 7 p.m.

Concert tickets will go on sale on Monday, September 16, at 10 a.m. and can be purchased individually or as a combo ticket with a Gridiron Grill-Off General Admission or VIP Ticket. For more information and to purchase tickets online, please visit gridirongrilloff.com/tickets.

Tickets to the Walgreens Gridiron Grill-Off Food, Wine & Music Festival are now on sale for $85 per person for General Admission and $125 per person for VIP. Group ticket packages are available as well. Follow the Walgreens Gridiron Grill-Off Food, Wine and Music Festival on Facebook at facebook.com/gridirongrilloff/ and on Instagram at @gridirongrilloff.

Founded in 2010 by Miami Dolphins legend John Offerdahl and his wife Lynn, the Walgreens Gridiron Grill-Off Food, Wine & Music Festival celebrates its tenth year on Saturday, November 9, 2019, at the Pompano Beach Amphitheater. Created as a unique way to “Feed the Needs of Those in Crisis” through donations to the Offerdahl’s Hand-Off Foundation, this not-to-be-missed festival has grown to feature 22 teams of South Florida’s top chefs and NFL legends as they bring the heat and compete in a high-end culinary competition. The afternoon line-up of events also includes a BBQ Pit Masters Competition, cornhole tournament and live performance from nationally acclaimed talent. The Walgreens Gridiron Grill-Off Food, Wine & Music Festival is made possible through our dedicated sponsors: Walgreens, The City of Pompano Beach, Broward College, Greater Fort Lauderdale CVB, Underground Music, Seminole Hard Rock Hotel & Casino, Southern Glazers Wine & Spirits of Florida and many others: https://gridirongrilloff.com/sponsors-2019/. For tickets or for more information, please visit https://gridirongrilloff.com/.

Brett Young’s sophomore album TICKET TO L.A. hit #1 on the Billboard Country Albums chart upon its December 2018 release. The album follows his colossal 2017 self-titled debut, which dominated the Top 20 on the Country Albums chart for 37 weeks and quickly reached RIAA PLATINUM certification. Delivering four consecutive No. 1 PLATINUM-certified hits, Young was recently named ASCAP’s 2018 Country Songwriter-Artist of the Year for his “melodic craftsmanship” (Billboard), and his 3X PLATINUM smash hit “In Case You Didn’t Know” was bestowed with the top honor at the BMI Country Awards as their Song of the Year. Young has also garnered nominations from ACM, Billboard, Teen Choice, CMT and CMA Awards as he continues to rack up nonstop hits as “one of country music’s most reliable new hitmakers” (Tennessean). Along with the industry successes, his relationship with fans found Young selling out every stop on his debut headlining CALIVILLE TOUR and earning new followers on the road with Thomas Rhett’s LIFE CHANGES TOUR. Young is set to join Kelsea Ballerini in 2019 on the MISS ME MORE TOUR. For additional information, visit brettyoungmusic.com.